The Role of the Canine Handler

Ultimately, it would be beneficial for a potential canine handler to be experienced in SWAT or to be in a position of TL (team lead), for a SWAT-style arrangement.  Why?  Those with this type of background have applicable working experience and a clear understanding of the big picture of tactics and multi-tasking under pressure.  It is either viewed as an opportunity to expand in the field, or conversely, as an additional responsibility that will take them away from the TL/SWAT role.  But the reality is, it should be viewed as a positive pairing. When it comes to training courses offered by vendors, the problem I’ve seen is that the course is entirely focused on the canine.  They may touch on tactics, but don’t send it home to the handlers.

The role of the police canine handler has changed. Tactics have changed. The escalation of force has changed. The time of just sending a canine in a room or building because a subject may be hiding or resisting, may not justify a bite. Handlers must learn to adapt to these changes and must learn to evolve in the new role to maintain their team at a high level of performance.

“Handlers tend to lose the mindset, I am an officer first”

A handler’s mindset should always be, in any given situation, that you are an officer first; your canine is an invaluable tool and an asset to the police force, and should be utilized as such.

Just because you are a police officer who happens to like dogs does not mean you will succeed as a canine handler.  The responsibility involved in owning a PWD (police working dog) supersedes a household pet by 100%.  Now add the ongoing training obligation of a PWD, the 24/7 responsibility, and your commitment doubles. The standard 16 hours training per month may be agency policy, but it takes consistency/daily training to change or form new habits.  A canine handler must bleed canine and all that it demands; be committed to your canine, be committed to training on and off duty, and be committed to the program.

A handler could be teamed with the perfect canine in terms of temperament and drive but if the handler lacks motivation, commitment, and the initiative to train on his own; a proven working police canine will transform and become as mediocre and inconsistent as its handler.

Tip of the Month – Vendors with little or no experience in the consistent usage of a canine in stressful situations, may not implement any tactics on a serious level. So new agencies and handlers just starting a canine program will not be introduced to the importance of basic canine tactics. “Every canine handler gets the canine they deserve” 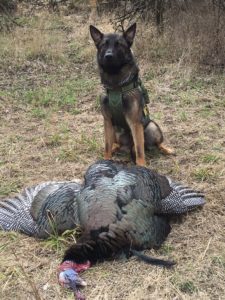 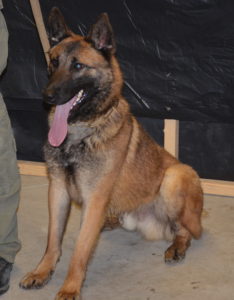