Proof of concept began 13Jan2017 when seven Eudoris® Clones were born.  My goal is to experience firsthand the practicality of Clone placement in this field, including: does genetic memory apply, will they process equally the desire to work, will each one possess the desired traits and temperament as Eudoris® Actual?  Well, if training day one was any indication, we were off to a good start.

The Clones were onsite 29March2017 at 10 weeks old, and training began the next day.  As an experienced and established working canine breeder who has raised and developed numerous litters at a young age, the concept of training canines at 10 weeks isn’t taboo with me.  That being said, there was a significant point of difference in terms of the behavior with the Clones at 10 weeks on their first training day and that of a conventional litter at the same age.

Morton/Method concept introduces the canines to use their nose from day one, no matter the age and no visual stimulus is applied.  So I started the Clones in detection/hunting for the ball. The Morton/Method does not utilize the food reward concept.  While the Clones were in the room I noticed they were all in hunt mode with no end insight, nose to the ground (nonstop).  They were sniffing seams of doors, running in and out of dark areas, and up and down stairs.  They didn’t know what they were hunting, but they needed to hunt.

Eudoris®0 – I was in the Navy when my top male, Canine Eudoris®, whose traits, temperament, work ethic, and level of skills are impeccable, was born.  My last two deployments were in his first year and a half and from 5 to 11 months of age Canine Eudoris® lived with a family member.  From a year, to a year and 7 months he lived in a kennel during my final deployment.  I believe exposure to these different living environments during his early development also contributed to the canine he is today.  So, it is important that I simulate this same concept with his Clones.

Eudoris®1 – was taken outside the litter that remained on-site. He was ultimately an outdoor dog. He stayed in a 40′ by 40′ outside run and was not exposed to stimulus during non-training hours.

Define Stimulus – a thing that rouses activity or energy in someone or something; a spur or incentive. My example of stimulus would be, cars starting, people walking in and out of areas at all times, hearing training/other dogs working, kids playing.

Eudoris®2 – raised in a pack and exposed to stimulus during off-duty hours.

Eudoris®3 – raised in a pack and exposed to stimulus during off-duty hours.

Eudoris®4 – raised in a pack and exposed to stimulus during off-duty hours.

Eudoris®5 – was taken off-site to an environment that knows how to handle these types of canines. They own multiple Canine Tactical dogs and understand and adhere to the MortonMethods of training. The canine is not to be trained, only exposed to different environments, such as…the kennel, a different type of pack (human pack as opposed to canine) as Eudoris®0 exposure.

Eudoris®6 – was taken off-site, but with an active PWD (Police Working Dog) handler. This was to see if the canine would react differently to another style of training.  Could a Eudoris Clone adhere to a different training style and still be effective?

NEXT MONTH NEWSLETTER, QUICK GRAB:  As weeks past, the personality of each canine began to emerge and the pack dictated their behavior in the group.  Those that had a stronger inherent desire to bite propelled the less aggressive to not bite so they chose to play with a ball.  Therefore, a ‘rearrangement’ of the pack Clones was in order.

• NEW WEBSITE IS UPDATED AND READY: THE MORTON/METHOD IS PROVING ITSELF ON THE STREETS FOR EACH SPECIFIC WORKING CANINE BRAND WITH ONGOING INSIGHT ON THEIR DEVELOPMENT VISIT www.caninetactical.com

• PRODUCT UPDATE: THE CUSTOM FIT BALLISTIC HARNESS AND THE MOD 3 NOW COME WITH THE COBRA BUCKLES OPTION. NOTICE BUCKLE PLACEMENT, ONCE AGAIN, BUYING CANINE TACTICAL PRODUCTS, GIVES THE CUSTOMER THE ADVANTAGE OF MY EXPERIENCES. IF YOU’VE NEVER BEEN THERE, THEN TRUST SOMEONE WHO HAS. 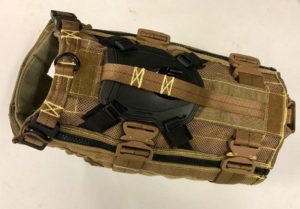 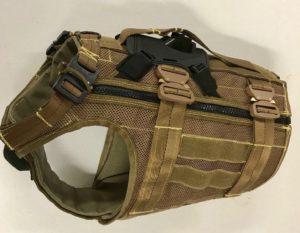 • CANINE TACTICAL WILL BE ATTENDING THE WORKING DOG CONFERENCE IN ST.LOUIS, MO., JULY 14TH – 16TH, BOOTH #6. CANINE EUDORIS® ACTUAL AND A EUDORIS® CLONE WILL BE PRESENT.

• CANINE TACTICAL CONDUCTED THE FIRST SNIPER COURSE OF 2018 IN POST, TEXAS. ITS GREAT FOR BEGINNER/ADVANCED SNIPERS TO EXPERIENCE A SIMPLE APPROACH WITH PROVEN FUNDAMENTALS. 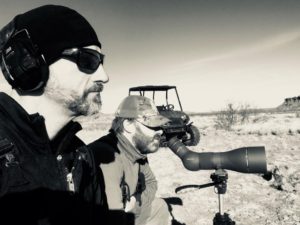